All Things Tea-What you need to Know 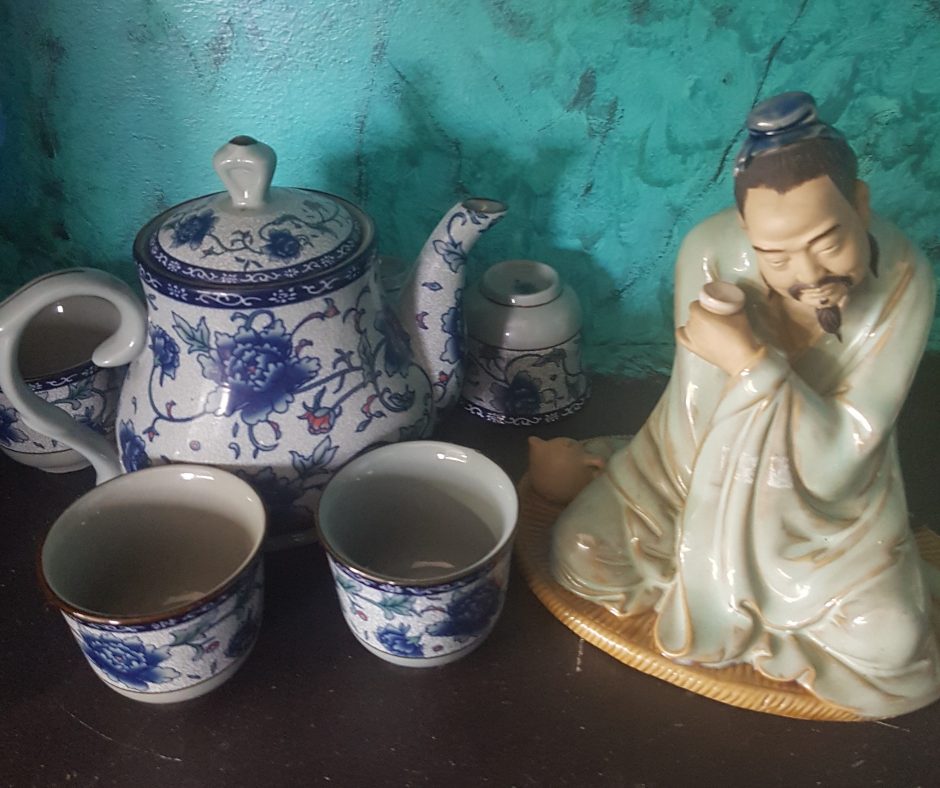 There is so much to know about all things tea.

Let’s find out how it all begun, the different types of tea, how to store them and make them, what else we can do with it other than drink it and much more. Also we will look at some different teas from the most well known types.

The tea story is fascinating. Tea started out used mainly for medicinal remedies then moved into refreshing drink status. These days the tsunami of ideas on how to use tea and tisanes is exciting to see what will be done with it next.

Nearly everything you do with coffee you can do with tea including pour over techniques, plunger, siphon, cold brew, alcoholic cocktails, mocktails, cakes, desserts, marinades, colon cleansing ……. and so on.

Emperor’s discovery – of all things, tea!

It is hard to pinpoint the exact origin of tea. However there are many interesting stories from China. One is around 2730BC the Chinese Emperor, Shen Nung, stopped for a drink on his travels. While the water was boiling some leaves from a nearby tree blew into his bowl of water. They were left in it and he drunk the resulting brew. He liked the aroma and drank the brew enjoying the taste and finding it very refreshing. He called this new drink cha. Eventually much of the world developed a taste for the drink created from these leaves.

Shen Nung is called the founder of Chinese Medicine and was known for chewing on leaves, roots, and stems from plants to find what medical or healing properties they may have. In fact it is believed he died due to a toxic infusion he was unable to get an antidote for in time.

Or was tea discovered by Bodhidharma?

According to legend the Buddhist monk, Bodhidharma, spent nine years facing the wall meditating. Apparently he eventually fell asleep. The legend says when he awoke he was disgusted with himself and ripped off his eyelids. He may have thrown them to the ground and from this discarded flesh grew a plant. Bodhidharma’s followers could make a beverage that stimulated their minds and calmed their nerves. Some believe this was the first tea plant.

What plant does tea come from?

Tea comes from the leaves and buds of the camellia sinensis plant. This is a relation of the camellia japonica, the common flowering camellia found in gardens, which can not be used to make tea. There are six main types of tea: white, black, green, yellow, puerh, oolong. They all come from the same plant but are classified according to the harvest and processing techniques for the leaves.

For example White is the least handled. It is generally harvested just once a year in a very short time frame. It is made from the young leaves and buds. The leaves are dried naturally or with the help of fans to eliminate some of the moisture. On the other hand Green tea leaves are dehydrated to prevent oxidation which increases the “green” characteristics. Black is oxidised and is most popular in western world. The Chinese sometimes call them Red teas due to the copper colour of the infusion they produce. Oolong sits between green and black for oxidation percentage so can carry characteristics of both. This makes it a very pleasant brew favoured by many. Puerh is fermented therefore going through a different type of processing culminating in different shaped compressed packs such as cakes, mushrooms, nests.

Not so well known is Purple tea. Like all the other teas Purple originates from the camellia sinensis plant. The bushes, grown in Kenya, have purple leaves.

Find out more about How tea is made: the processing and production

How to make tea

“Tea is nothing more than this: heat the water, prepare the tea and drink it properly. That is all you need to know”

Sen No Rikyu – One of greatest Japanese Tea Masters

If only it was as simple as Sen Rikyu is quoted as saying. The terroir, climate and country of origin can affect the flavours of teas. More important is the way it is made in the pot or cup can make a big difference to taste. The choice of tea and how it has been stored, the water, temperature of water and time allowed to steep can all affect the taste. Be prepared to experiment with the making of various teas until you are satisfied with the taste. For example when making green tea the water temperatures recommended range from 70-90C. I have settled on 80C as my preference but yours could be different. Read here for How to Make Tea in a Tea Pot

The best tea comes from a teapot of loose leaf tea. The loose leaves have room to move and give off the most flavour possible when in the pot. However for convenience in this busy world we turn to tea bags. If you are wanting the delight of beautiful flavours to satisfy you and not something ordinary then be sure to look out for quality tea bags , especially bigger pyramid shaped ones which allow room for leaves to expand. Check the history of tea bags here.

Any class of tea can be flavoured or scented. Fruit, flowers or spices are added to the camellia sinensis leaves or essential oils are sprayed on the leaves.

For example Jasmine, added to green teas, is often preferred by new comers to green tea drinking as it may seem sweeter. That is understandable, especially if the maker is not aware of some of the tips for making green tea.

Earl Grey is a famous tea which is infused with bergamot. Masala Chai may also be familiar. It usually is a blend of black tea with cardamon, cinnamon, cloves, ginger and other spices.

On the other hand there are some teas which appear to have flavourings added but have a natural chocolate or honey flavour to them. Make some time to shop for new varieties so you can experience some of these.

Although herbal infusions are often referred to as teas they are not. To be called tea the drink must be made from leaves or buds of the camellia sinensis plant. Herbal drinks or herbal infusion are more correctly known as tisanes. Almost any herb, flowers, dried fruits, barks, roots of plants can be infused/steeped in water to make a good brew. Rooibos, a South African plant, is a popular tisane as are peppermint, chamomille and ginger to name just a few.

The health benefits of tisanes are wide ranging and complement the black, green, white, yellow, oolong and puerh teas without containing tea. Nearly all infusions are caffeine free. A popular exception is yerba mate which comes from a South American shrub and consumption is spreading throughout the world as drinkers look for healthy energy drinks.

We are in a time of personal health awareness and many people wish to be rid of pharmaceuticals “cure alls”. Therefore they search for information on Tisanes or tinctures which may improve, enhance or in some cases cure their health issues. Read here for amazing information on plants and how to use them in tisanes

In many markets around the world you will see tea sold from uncovered baskets, boxes, large bins or bags. As it sells quickly freshness and condition are not an issue. In specialist shops the foil or paper pouches you buy loose leaf in are fine for short term storage. However it is wise to transfer it to airtight glass or ceramic jars or tins. Glass is only suitable if kept out of bright light or sunshine. The ideal place to store them is in a cool place away from direct sunlight. The tea will lose flavour if exposed to strong light or heat from windows, or near kitchen appliances like fridges, stoves and computers.

Tea leaves should never be put in the refrigerator or freezer but kept at an even cool temperature.

Always check when purchasing that it has been stored in ideal conditions to ensure the product has not deteriorated.

So the ideal conditions to store are:

Store away from other strong aromas such as spices and garlic as it readily absorbs odours, spoiling the drink of course. It is also unwise to store in plastic containers especially if they have previously been used to store other foods.

To enjoy tea in its best condition use the leaves as soon as possible and preferably within a year. It will continue to be suitable to drink for years but may lose flavour the longer it is kept. The exception to this is Puerh cakes which are made with ageing in mind. The older they are the better the taste.

Why is it called tea

Why are there different names for the same beverage? It came about due to the progression of the drink through trade and travel to various Asian countries. Tea originates from the Chinese but because of regional language dialects it is pronounced differently. In some parts of China it was called cha or variations of the term and in others it was called tea. Those names spread around the world.

Chai then was a variation of cha which came about when cha/tea was taken over land from northern China to Central Asia and Persia. The pronunciation of Cha picked up a Persian yi to become Chai and used for their version of tea which included spices.

The name of the beverage continues to evolve as different drinks flourish around the world. For example Masala Chai refers to the spices used rather than the tea itself.

The origin of specific tea names

To many people tea is just plain old black, green, white, oolong, puerh or yellow. However many also have other names that generally associate them with a specific feature. For some it is easy to understand the origin of the name. For example Assam and Darjeeling black teas are from those geographic regions in India. Other examples of how traditional teas are named follow 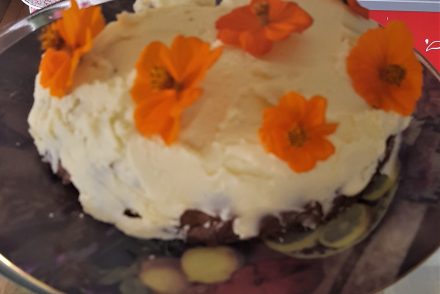 Baking with tea makes me happy

Tea & Spirituality-what did we achieve during Covid

How to make tea in a pot using loose leaf tea