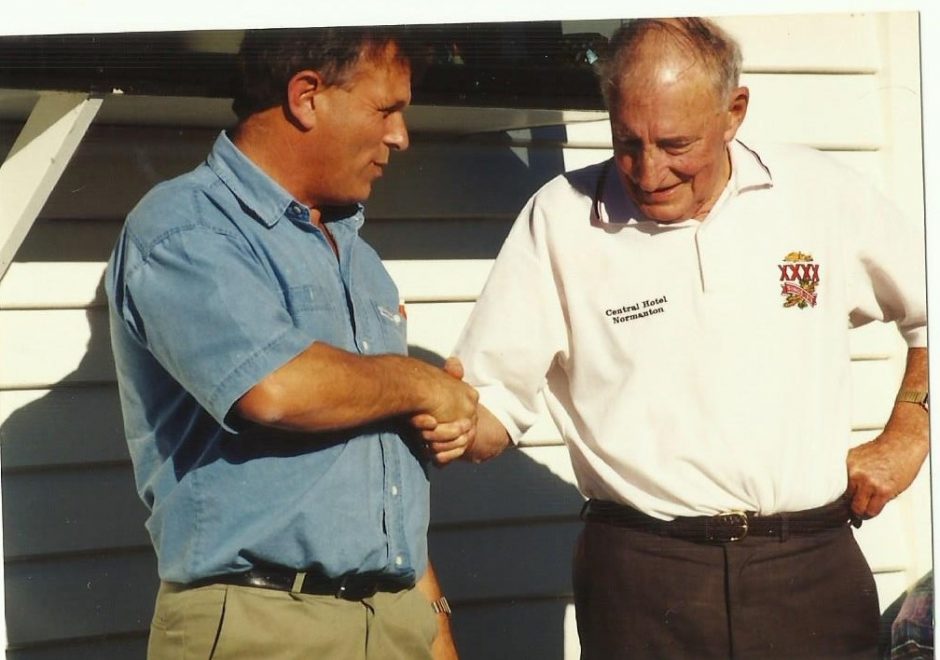 As Father’s Day approaches I got thinking about My Dad – I remember when. I write of some of the things My Dad did for me or I remember about him.

A lasting early memory of My Dad is of him putting the clips on his trouser legs to stop them getting caught on the chain on his bike and taking off to work riding his seemingly large bike. He was always generous with rides for us kids on the boys’ bike bar too.

My parents both worked hard all their lives to try and get ahead financially.  My Dad worked  at the Post Office during the day and at night he worked at a coal yard hand filling sacks with coal, loading them on to trucks and then delivering around town. Later on he changed his second job to a chicken farm which was a little easier on his lungs.

Dad Came Out to Play

During the summer he didn’t have as much work at the coal yard so if he was home from work at the Post Office while it was still daylight he would come out to the playground next door where the neighbourhood kids all played and join in, especially with softball. He was a mean hitter able to hit both left and right handed and would change it up during an innings. I learnt to do the same and was not popular with school mates when I started doing it. The fielders had to adjust each time I took a strike!  I don’t recall any other Dads coming out to play.

I didn’t need help with homework very often but if I did I knew it was Dad for English and Mum for maths, although both were pretty good at either.  Dad had the most beautiful handwriting, quite common amongst those of his age where emphasis was put on quality presentation of work. I remember he was secretary of the primary school PTA for a while and the minutes were all handwritten so neatly.

When we were kids some of us in the neighbourhood would put on concerts for our parents, usually held at our place as Mum and Dad didn’t seem to mind if we moved things around the garage or backyard and made stages etc.  Dad was in the navy during the Second World War so still had his hat. It attracted me to do my version of the Sailors Hornpipe (wearing his hat) at these concerts, when I wasn’t trying to do ballet or recite poems!

My dad was proud but humble of his war service and so he should have been. He was one of many young men who somehow managed to change their birth certificates to gain entry to the forces while still under the age limit.

Dad willingly went in the parents team at school sports, swimming or athletics. He was good too. Often it would be during his lunch break from work. He was tall and lean, never having put on weight after coming home from the war with malaria.

My Dad loved a beer, or two

My Dad loved a beer or two or three and made sure he had his share!  He often embarrassed Mum, and us kids as we got older, at family celebrations as he over imbibed and became annoying. As he burst into ridiculous songs, try dancing with everyone, he was happy but annoying. However he usually redeemed himself by leading the dishwashing in the kitchen amongst the aunties.

When my sister and I learnt to drive my Dad insisted on us learning how to change a tyre and how to check oil and water – before we could drive anywhere. Lessons well learnt and which we were grateful for in years to come.  If he had any other mechanical knowledge he would have taught us that too but he didn’t have!  Also we were taught to fix bike punctures years before. We needed that for Brownies badges.

My Dad – I remember when he made mean scones. Crunchy, big and delicious.  We loved them but Mum used to tell him off for making them like that as that was not what a “proper” scone should be like.  We loved Sundays when Dad made them.

To this day I insist on having eggs for breakfast every day because when we were at school we were not allowed out the door without having eggs for breakfast. Dad’s rules. Didn’t matter if they were poached, fried or scrambled – so long as we had them. They were considered a “decent breakfast” to go to school on. Mum was given her cup of tea and two pieces of toast with marmalade in bed every morning before getting up to go to work.  She wasn’t covered by the rules.

Dad would eat anything

My Dad grew up during tough times and learnt to eat anything. He liked tripe, tongues, brains, sweetbreads, liver, kidneys. He seemed to consider some of them treats. I can assure you Mum did not! She stopped at liver and kidneys, thank goodness for that!  Dad happily cooked the others for himself with no interest from us kids either.

The gardens were big when we were kids. Dad didn’t mind keeping the lawns and garden tidy, with help from the rest of us.  He was in charge of pruning the shrubs, trees and hedges. Sometimes I reckon Mum regretted reminding him to do them. He would get out with the bush cutters, no fancy ones in those days, just hand ones with no power. He would lop all bushes, roses and all,  evenly across not far from the base. There would be no shaping, no careful selection of which branches to take off, not even much regard to the time of year. The shorter the better, the longer it would be before he had to do them again.  Imagine the horror when this was discovered. However everyone just had to wait a few weeks and they were sprouting green leaves again and slowly taking shape.

My Dad – I remember when he was loving, kind, annoying, stubborn, intelligent, funny, loyal, hard working. I haven’t written everything about him – just a taste. There will be more in my book!

How would you describe your Dad? 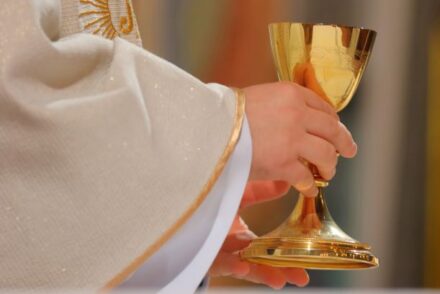